Get fresh music recommendations delivered to your inbox every Friday.

Blood Of The Creed

from Level 3 by Miracle Of Sound 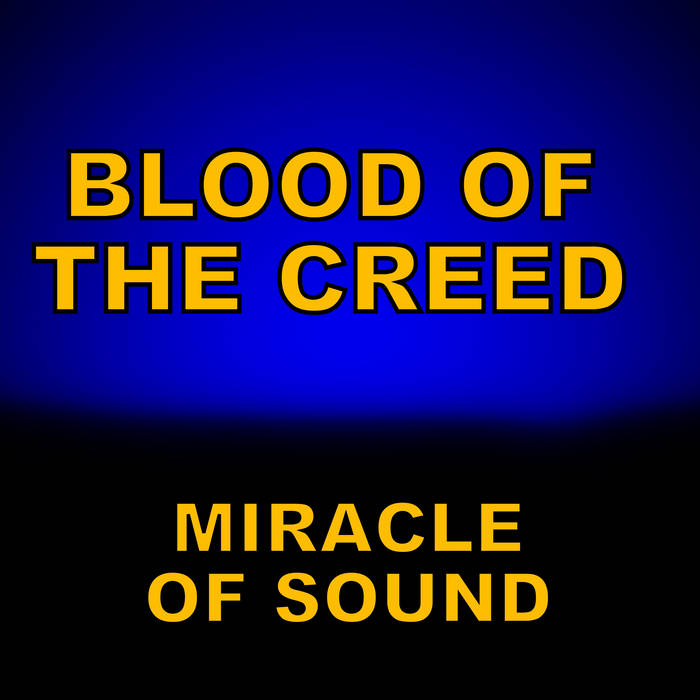 Christian Kastaun This was a tough one to like. At first I really only got the track to make my MoS collection complete, but after a couple of times I warmed up to the song. It's incredibly energetic and sort of catchy, which makes up for the fact that this wouldn't usually really be my kind of music.

Blood Of The Creed Gavin Dunne 2012

A brother to lead
The Blood of the Creed

The sting of the animus
They bring out the man in us
I’m the king of the kill it’s unanimous
I’m slittin your throat, red matches your coat
The brave and the free they will band with us
From NY to Boston it’s a beautiful world to be lost in
The snow of the frontier
We go to hunt here
Now the future is unclear

A brother to lead
The Blood of the Creed

I'm Gav and I make many songs in many genres about all kinds of things.

I am best known for my gaming/movie music, which can also be found on Youtube!

Bandcamp Daily  your guide to the world of Bandcamp

Bonobo stops by to talk about his new record Fragments